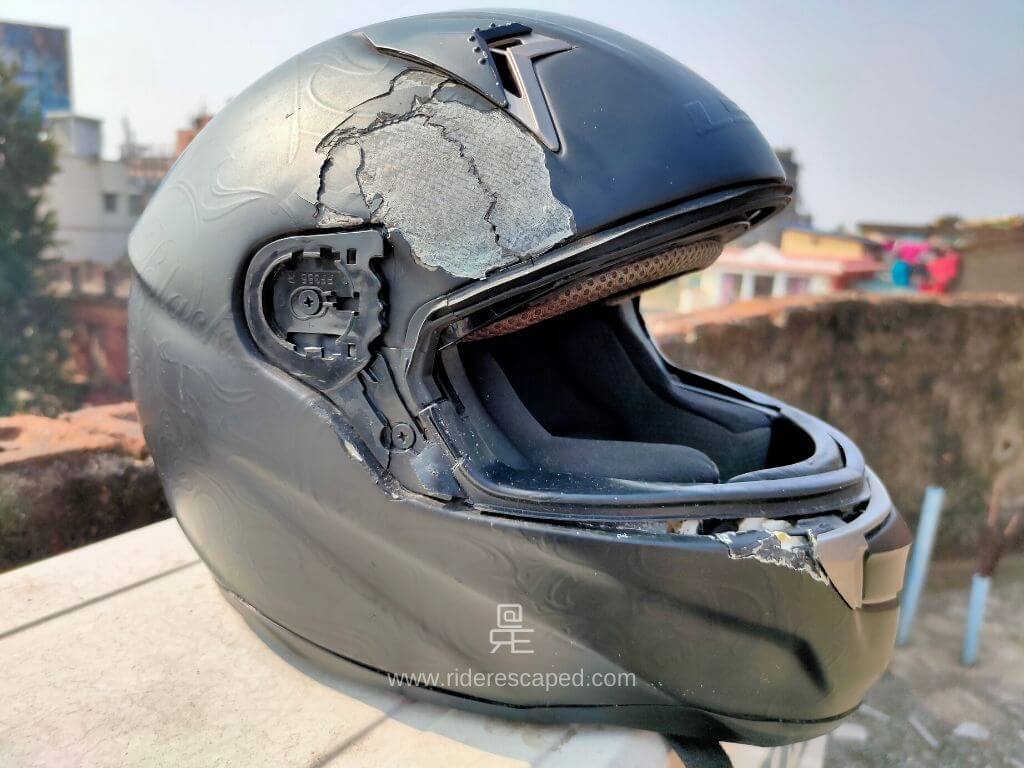 We all know Helmet is the most important riding gear in motorcycling, sometimes more precious than your motorcycle. Often riders misjudge the significance of a good helmet which may or may not cost a bomb. Today I will be sharing the most horrible and brutal accident of my life.

Note: Upcoming parts are the direct narration of the incident that actually happened with us, no edits. So, it might get boring but if you value your life, you must read it.

If you are reading this, means you value your life most, I appreciate your time. Let’s start…

It was 10th September 2016, we started for Kanyakumari ride from Kolkata. Our plan was to ride continuously till Chennai (1700+Km) which includes a continuous ride at night also. As planned, we completed our dinner near Khurda Road, Orissa. While discussing road conditions locals seemed little concerned. They advised us not to ride at night rather stay at the nearest lodge or hotels. But we took this thing very lightly as people are not that accustomed to motorcycle ride in India. So, we thanked their concerned but decided to continue the ride. Just for the context, we had earlier experience in riding at night during the Nainital trip. That time we rode straight to Agra from Kolkata, crossing Bihar at night.

Let’s come to that horrible day back. I was riding at a constant speed of 80-90 KmPH with my pillon (wife). Suddenly after overtaking a truck, the road became completely empty, pitch dark not a single car, trucks, or even people. I turned on the hazard light, high beam, and auxiliary lamps for better visibility. Approximately at 09:30 PM, we heard a very loud blasting sound and within a second something hit my head near Haripur Sasan. I was so much concentrated in riding, that thing did not grab my immediate attention. But seconds later, I started to think about what thing could hit my head, maybe a section of busted truck tires or some birds. But…

As soon as I stopped, (within a minute) something dropped from head to my lap then to ground. It was a brick-shaped stone, more than half-foot long and heavy. Then only I noticed my helmet visor is missing and couldn’t find it anywhere near. The place we stopped all of a sudden, was very spooky, pitch dark. Few people came to us, I doubted them and was trying to leave the place as soon as possible.

But my wife insisted to open my helmet so that she can check my head for any injury. After a lot of ifs & buts, finally, I removed my helmet and she discovered it was bleeding in my forehead. Now she can’t tolerate blood and that too mine in the middle of nowhere, literally nowhere.

One of them told us that, the blast was to extract stones and one of that bullet-like stone hit me. That time I was felt helpless but with my wife, motorcycle and everything I cant get nervous. So, I decided to reach the nearest toll booth and seek help. But one of them offered us a medical checkup in the nearest clinic (4-5 Km away). After lots of arguments, with my wife and that guy, I finally rode my motorcycle to the clinic (Deepak Drug House) at Nachuni.

We reached approximately 10 PM at night and the medicine shop was about to close. Somehow that guy convinced the store guy and called a doctor or maybe a compounder. My main motive was to stop the blood somehow and leave towards the next toll booth or Berhampur town. After 15 long minutes, the doctor/compounder came and advised to stitch the injury. He gave me a medicine for controlling the blood but it was non-reactive. Trust me, I used to fear stitch so much. But at that time my wife was becoming senseless which left me no choice but to tolerate whatever they are doing until I start riding to leave the place.

They did local anesthesia, injected me another medicine to control the blood. Maybe anesthesia or the last injection started a dizzy feeling and all I was thinking was, what if they rob us or misbehave with my wife or they may be injected something to make me senseless. Somehow, we were lucky they were good people. Finally, after 45 minutes and multiple stitching attempts, I got a harry potter like Scar. That doctor injected an antibiotic in my bum so that it does not pain much later, gave 4 days of medicines, and all these for free. I insisted to pay the expenses but he said the guy took us here paid the bill of approximately INR 1000. I surprised, how someone could be so kind?

After more questioning, I came to know that those people at that spooky place was watch guarding in case of any mishap happen due to the blast. Literally, I shocked, surprising as per that doctor/compounder this type of incident takes place almost every night. Generally, they blast at midnights but that unfortunate day they blasted earlier. That cost me 4 stitches, 1.5 hours of the insecure feeling, senseless condition of my wife and most importantly it as a life-threatening event. I decided to complain at the nearest police station (a Km away), but later thought they must have this information, otherwise, they would have come on the spot as soon as the blast happens.

Somehow, we found a lodge approx 25 Kms away at Balugaon, we ride there and halted for the night. The next day, I felt better and requested my family and wife to allow me to complete the trip. After a long argument, they agreed but at two conditions.

By god’s grace or my will power, we completed Kolkata – Kanyakumari – Rameswaram – Kolkata trip in 16 days including this mishap. Frankly, I am neither exaggerating nor advise someone to do this. Rather, I will always suggest knowing your limits, strength, and weakness before such a long ride. You should have the utmost responsibility.

Now, let’s discuss what riding gears we were having that day and the mindset behind that. I learned to ride more than 10 years back in a town where no one wears a helmet. So was I, until one day I was saved from an accident miraculously. Since then, I wear a helmet but local ones like Aaron, Studds, Steelbird, etc. Luckily, during this scariest accident, I had an LS2 helmet, because of that I am alive today. But my wife was wearing a Steelbird helmet and I could not forgive myself for my entire life if that stone hit her. I wore that broken helmet till Visakhapatnam the next day. I purchased a Steelbird helmet as nothing better was available in the whole city. Seriously, I hopped more than 10 shops but bad luck. After returning from the trip, I purchased a pair of a good helmet for us. 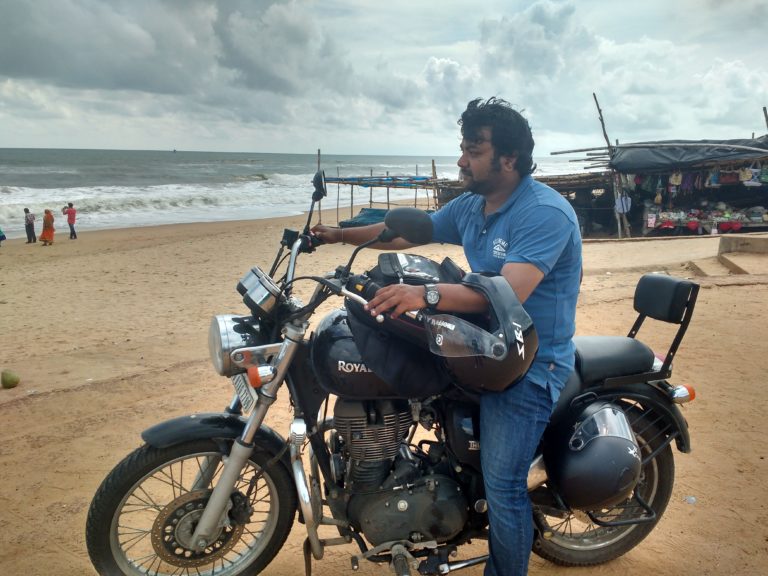 Guess what, we carried that broken helmet to our home and kept it. So that it can remember us, how important our life is then spending on riding gears.

Oh! I forget to mention, we were not wearing any other riding gear that day. I always get goosebumps remembering that horrible day. Soon after we purchased riding jackets, gloves.

The most fascinating part that I can say, my forehead get stitched at Orisssa, checked-up at Andhra Pradesh and finally cut the stitch at Tamilnadu that to in Kanyakumari, southern end of India.

Generally, we think, we are probably the best riders or have enough riding experience & skills. Sometimes, we consider riding gear does not matter than cosmetics of the motorcycle. But trust me, there could be two scenarios, either you hit or you get hit. It does not matter whose fault it was. But you have to pay the bill as I did. It was not our fault that day, there was neither any road blockage nor even warning about this before. But somehow the LS2 helmet saved me. Trust me protective gear like riding gears always feel costly until it saves you from any mishap. Although riding gear does not guarantee your complete safety or change your fate rather it is a protective layer for you. In case of any mishap, it will take the first impact before you which will significantly reduce the after effect.

Now let’s discuss my understanding about a good helmet. A good helmet could not be costlier than your head. It has to have reputed certification like DOT & Shark (American Certificate), ECE (European Certificate) or SNELL, etc. Sadly, in India, a helmet worth INR 400 or less also has ISI certification (Indian Certificate). Don’t misjudge me, they really don’t provide any protection. Those companies could fake the certification but seriously I always wanted a trusted and safe manufacturer. Alike me, you should decide the highest budget for your helmet then look for certification. Followed by the field of view through the visor, cushioning/padding, locking mechanism, and lastly reputation of manufacturing brand. You can also check out our detailed guide on “How to Choose a Good Motorcycle Helmet for you“.

Lastly, we got one life, don’t risk it unnecessarily. Be safe, Be responsible on road, don’t rash drive, keep in mind our family waits for us at home.

You can know more about the Rynox Urban Riding Jacket here. 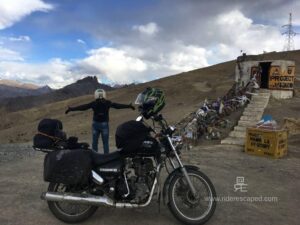 Helmet is an integral part of a rider’s life. It not only protects you from falls but also showcases your personality. People who ride daily... 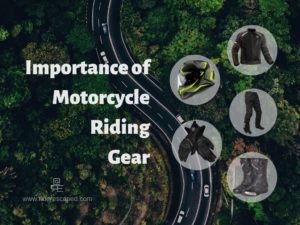 A rider is not only who loves long rides or has a very expensive motorcycle either but everyone who rides a motorcycle for any reason.... 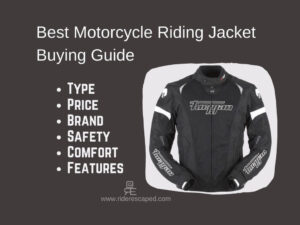 Riding gear is something many of us usually avoid, knowing we are ignoring our safety. Previously we discussed why riding gear is so important that...

Don’t forget to check out our riding gears review here. 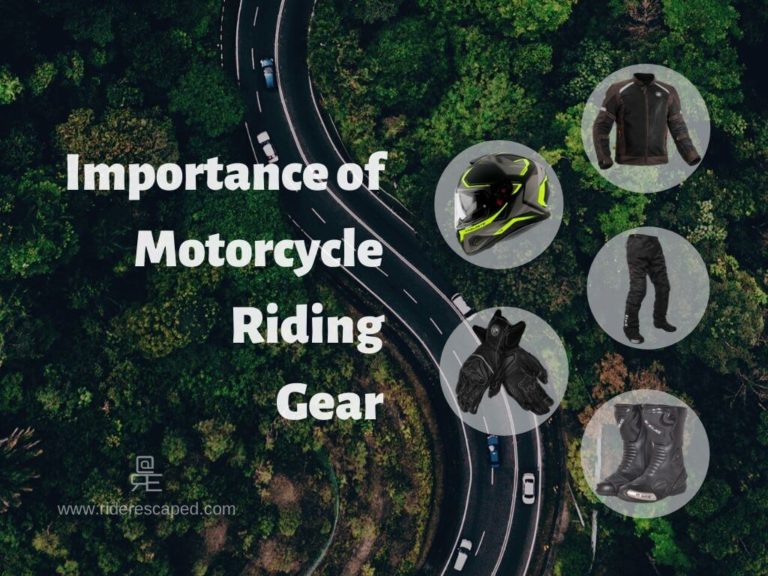 A rider is not only who loves long rides or has a very expensive motorcycle either but everyone who rides a motorcycle for any reason. As a rider, we often underestimate the value of our or pillions life, either we don’t wear a helmet or any other safety gear.  Today we will discuss Why you… 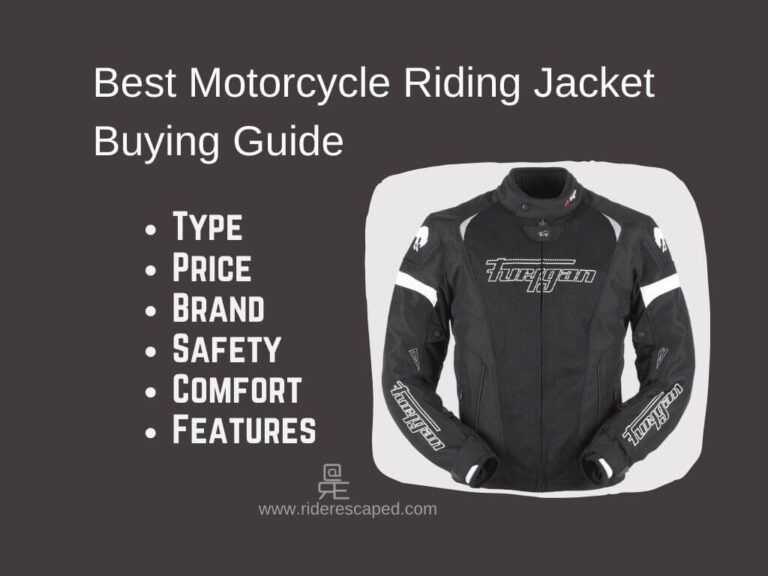 Riding gear is something many of us usually avoid, knowing we are ignoring our safety. Previously we discussed why riding gear is so important that it may save you from the most brutal accident, in case you missed that post you may read here. Today in this motorcycle riding jacket buying guide we will discuss,… 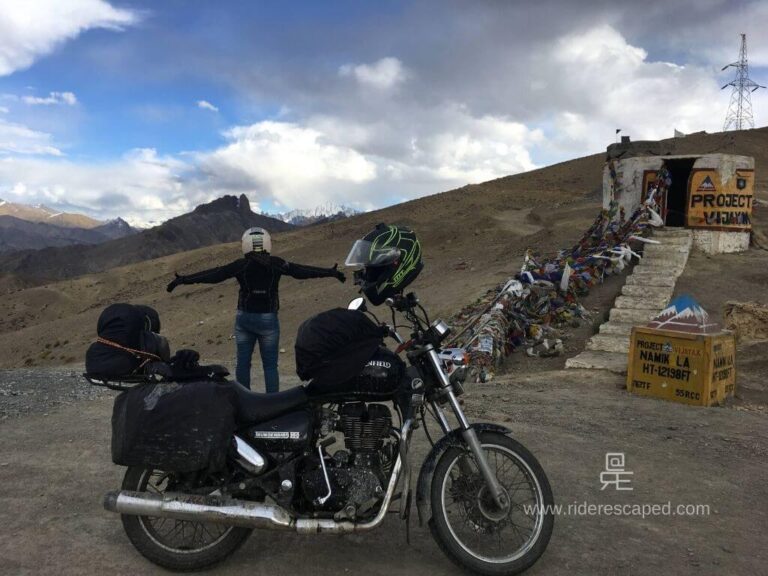 Helmet is an integral part of a rider’s life. It not only protects you from falls but also showcases your personality. People who ride daily for commuting to workplaces even a few casual riders often neglect the priority of a good helmet. They either choose by its look or price. But there are several important…